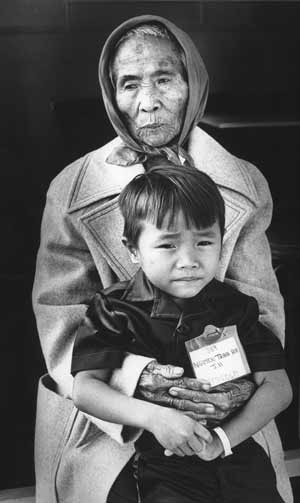 Mrs Ngo Thi Thung, a Vietnamese widow aged 89, and her grandson Hoa, were photographed shortly after arrival in Auckland in 1980. In 1979 they had set out from the coast of Vietnam in a small boat laden with 38 people. They landed in the Philippines over a week later and lived in refugee camps before travelling on to New Zealand.