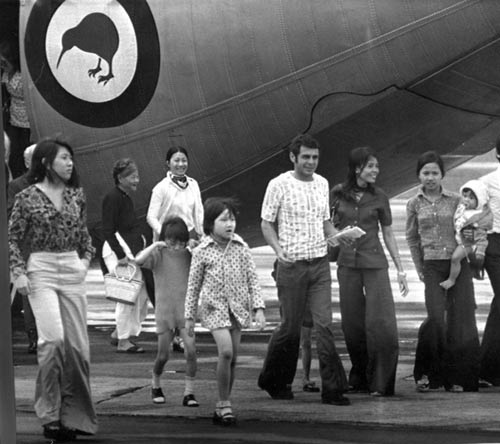 In April 1975 the city of Saigon (Ho Chi Minh City) was under siege by Communist troops. These evacuees, shown leaving the RNZAF Hercules at Whenuapai airbase, had a quicker and easier journey than those who would follow them. Most languished for years in camps before being accepted as refugees in western countries such as New Zealand.