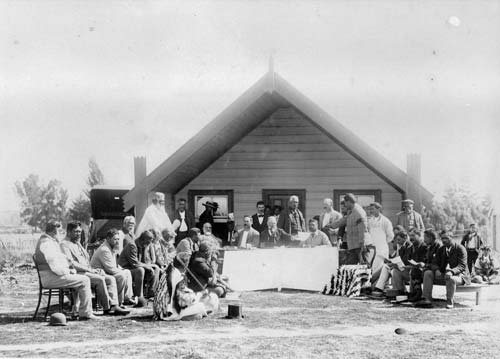 An example of how loss of land could undermine iwi organisation is seen in the case of Ngāti Kahungunu's sale of Lake Wairarapa. From the 1860s, European farmers whose land was periodically flooded by the lake wanted the government to acquire it from the Ngāti Kahungunu owners so that it could be drained. After enduring intense pressure for many years, including forced attempts to make a channel through the bar at the seaward end of the lake, the iwi gave the lake in return for money and land in the Waikato. As well as losing a traditional fishing ground, the iwi became fragmented when some of its members left the Wairarapa area permanently to settle in the Waikato.

A waiata about musket warfare