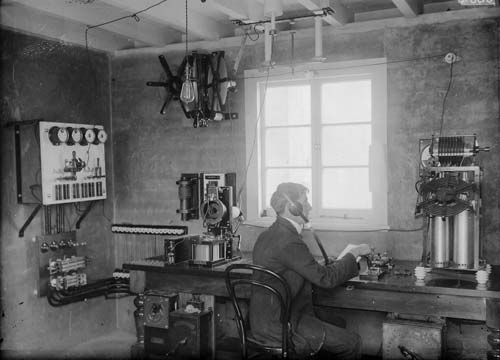 Telegraphs had been used with some success by the meteorological office since the mid-1870s. But in 1913 the New Zealand government bought five Telefunken radio sets in the hope that this would allow reports to be received from ships at sea. Success was hindered, however, by the limited measuring and recording instruments on the ships. Weather reporting did not improve until the advent of a regular aviation service.