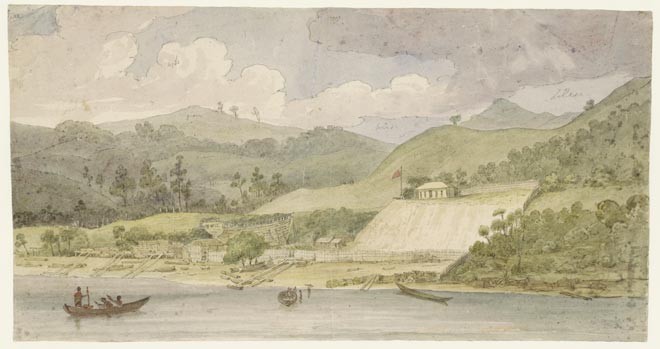 Ngāpuhi chief Patuone visited Sydney in 1826 and promoted the Hokianga Harbour as a trading base. As a result, merchants from New South Wales established a timber mill and shipyard there. They named it Deptford after the famous Royal Navy shipyard in England. Several ships were built there in the years before colonisation, including the barque Sir George Murray in 1830.