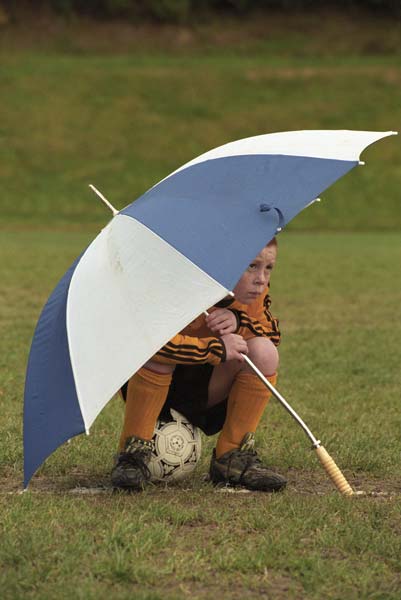 Roddy Brown, aged 8, shivers under an umbrella instead of playing as a striker for the Island Bay Stingrays. ‘It’s the rain’s fault,’ he said. In 1996 the junior rugby and football players of Wellington found their games cancelled five Saturdays in a row because of the rain. In winter there can be a sequence of fronts arriving every few days, especially in the North Island. Rain is often brought to New Zealand in low-pressure troughs containing several fronts. The initial fronts are most commonly from the west or north-west.