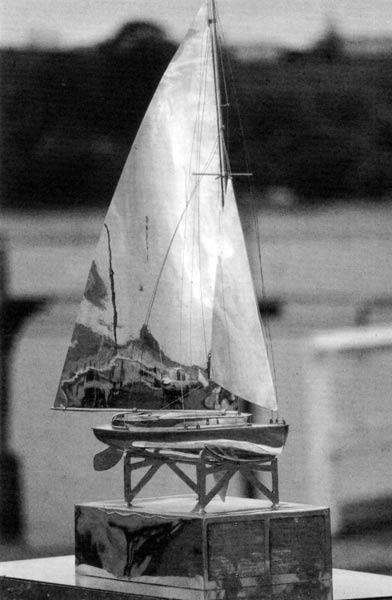 During the interwar years a series of centerboard classes developed, most of which were classified by letters. One was the M-class, which grew out of the patiki dinghies. Arch Logan was the designer of the first two M-class boats. On his death in 1940 this memorial trophy was established in his honour by the Herne Bay Junior Yacht Club. The yacht represented on the trophy is the Mawhiti, the first M-class boat, launched in 1922.