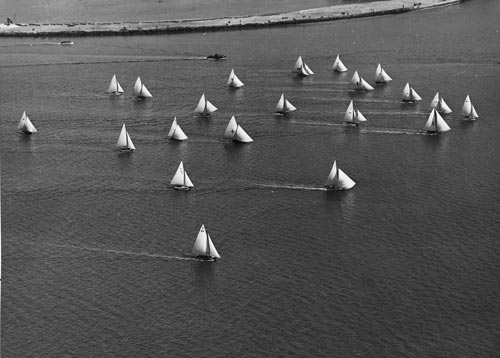 Sydney and Auckland 18-footers compete in February 1939 in what was unofficially elevated to a ‘world championship’. There was intense public interest and huge crowds after the Arch Logan-designed Manu II won the first race. The Australian St George was controversially disqualified in the last race, giving the overall victory to Manu II. The outraged Australians returned home without handing over the J. J. Giltinan trophy, which they kept until 1946.