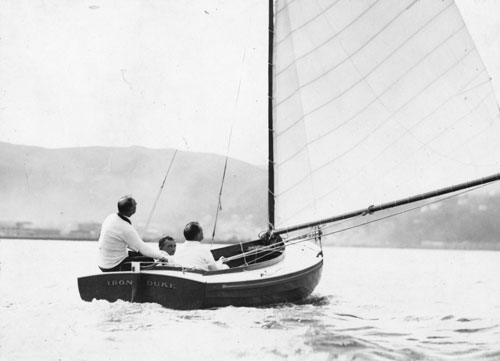 In the 1920s a 14-foot centreboard dinghy type, known as the X-class, became popular for competitive racing. The craze was kicked off by Governor-General Lord Jellicoe, who had one built. He named it the Iron Duke after his Royal Navy flagship. Here the boat is performing in a light southerly on Wellington Harbour.