Children listen to an Afrikaans story 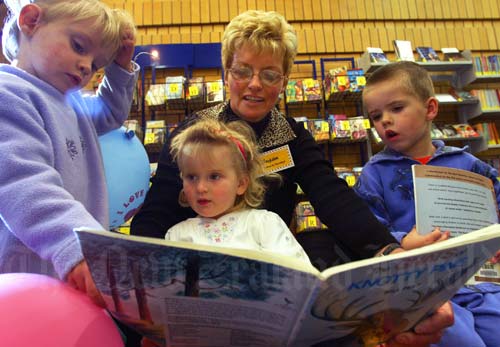 The Afrikaner community is endeavouring to keep the Afrikaans language alive in New Zealand by teaching it to their children, such as these at Auckland’s East Coast Bays Library. In the early 2000s, Afrikaans was the second most common language after English in some parts of Auckland’s North Shore.