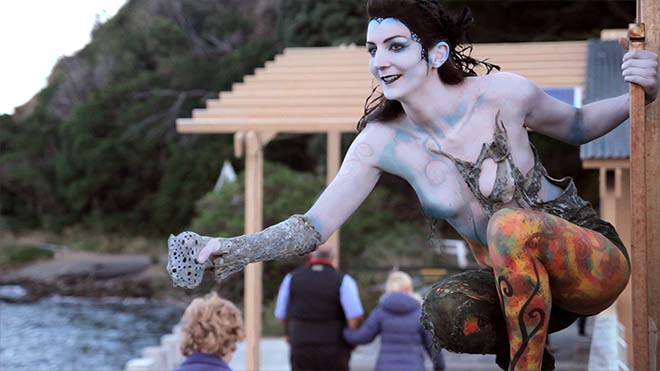 A body-painted Erin Howell, as Ariel, welcomes the audience to Bard Productions' performance of Shakespeare's The tempest in February 2013. Matiu (Somes Island), in the middle of Wellington Harbour, was the setting for the show. The audience arrived by ferry and was guided through a sequence of performing spaces inside the island's former animal quarantine station. The production lived up to its name, with a northerly gale destroying much of the set two days before opening night. Bard Productions staged an earlier show among the pilings of Wellington's wharves. Director Paul Stephanus refers to these shows as 'adventure theatre' rather than 'site-specific'.