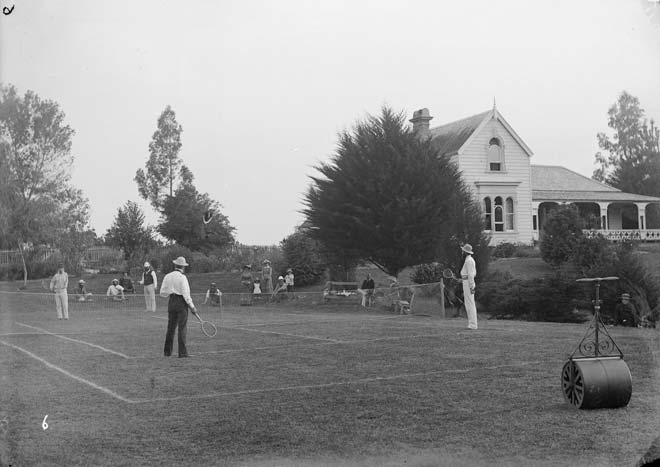 Tennis began to take hold in New Zealand, mainly among the wealthy, in the 1870s. Some people built tennis courts on their properties. This is Colonel William Lyon's tennis court in the grounds of his Hamilton home, possibly in the 1880s. The one-armed Lyon is at left on the far side of the court.