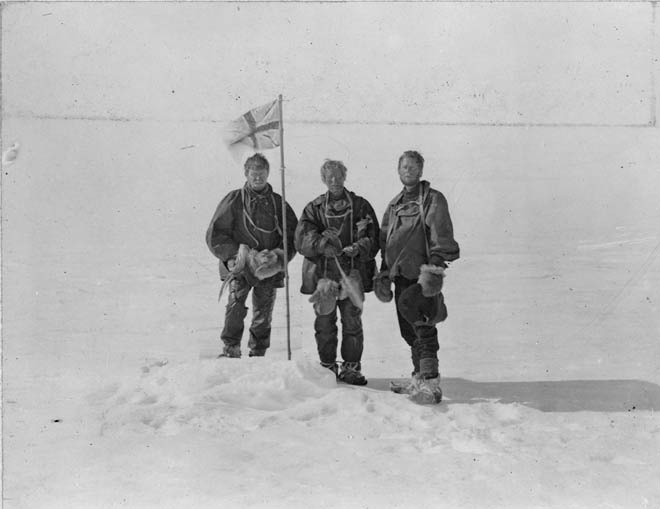 Alistair Mackay, Edgeworth David and Douglas Mawson discovered what they believed was the South Magnetic Pole on 16 January 1909. (The magnetic poles are points close to the geographic south and north poles, where the earth's magnetic field is most intense and towards which the needle of a compass will point.) Later calculations found that the point reached by Mackay, David and Mawson was not the magnetic pole (which was probably at 71° 36'), but that they were in its vicinity. To get there they had manhauled their sledges more than 2,000 kilometres.