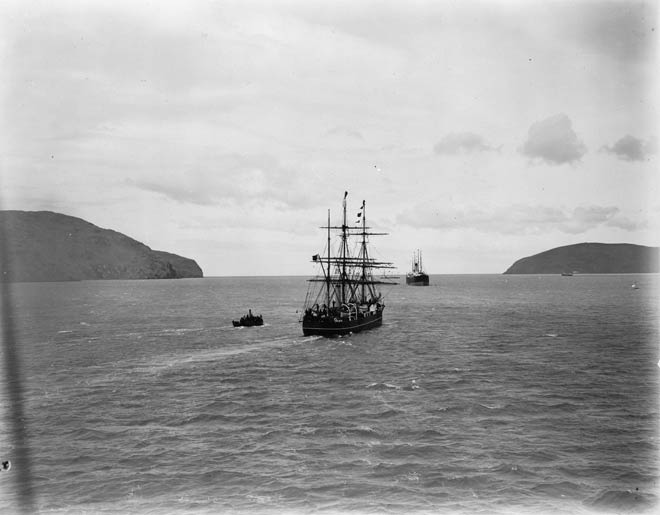 The British National Antarctic Expedition (1901–4) ship, the Discovery, is shown here leaving Lyttelton Harbour in 1901. Led by Robert Falcon Scott, the expedition's purpose was both geographic and scientific exploration. The Discovery spent two years in the Antarctic, as it remained frozen in sea ice over the first summer season. Once the ship was released by the ice during the second summer, the expedition returned in triumph to New Zealand and then to Britain.