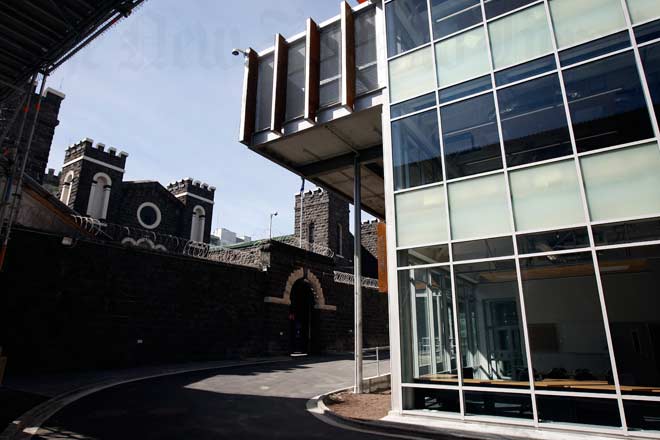 The Auckland Central Remand Prison Visits Centre (right), part of the new Mt Eden Corrections Facility, contrasts with the historic Mt Eden Gaol. Work began on the original prison in the 1870s. The first prisoners were transferred there in 1888, but the prison was not completed until 1917. Mt Eden was declared obsolete almost before it was finished, but the shortage of prison accommodation meant the old facility remained in use until June 2011. The Mt Eden Corrections Facility, which opened in March 2011, was built next to the old prison. Management of the facility was contracted out to the private company Serco Pacific for six years.