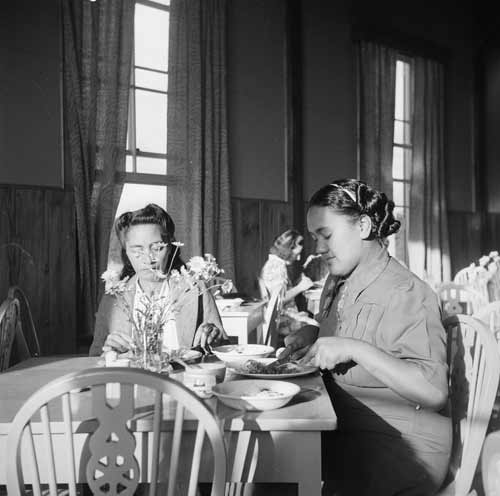 During the Second World War, young Māori not eligible for military service were ‘manpowered’ into industries supporting the war effort. As a result many were required to move to urban areas. The young women pictured are taking a meal break during their shift at a munitions factory in Hamilton.