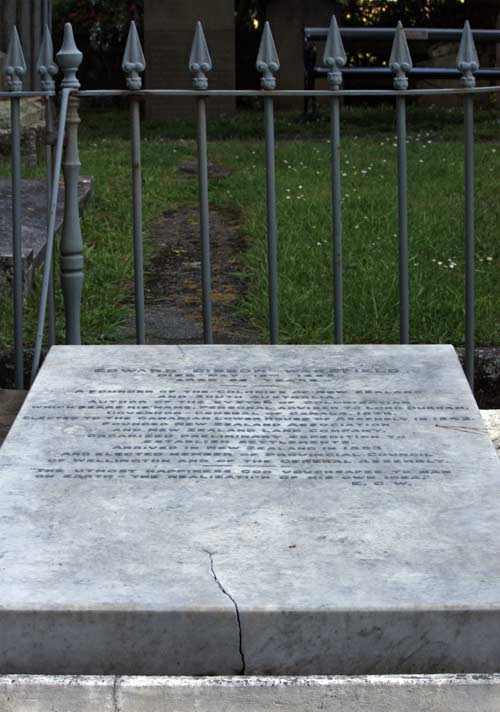 founder of the colonies of New Zealand and South Australia
author of the system of colonisation which bears his name
personal advisor to Lord Durham, governor-general of Canada 1838
elected to the Canadian lower house of assembly in 1842
founded New Zealand Association and New Zealand Company
organized preliminary expedition to establish settlements
arrived in New Zealand in 1853 and elected member
of provincial council of Wellington and of general assembly’

The inscription closes with a statement intended to sum up Wakefield's contribution to the settling of New Zealand: ‛the utmost happiness God vouchsafes to man on earth – the realization of his own idea.’