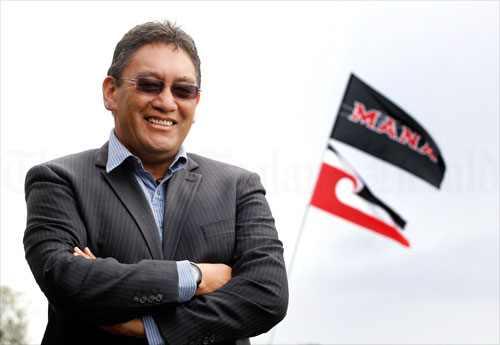 Mana Party MP Hone Harawira is shown in June 2011, soon after winning the Māori seat of Te Tai Tokerau in a by-election. Harawira entered Parliament in 2005 when he won the Tai Tokerau seat representing the Māori Party. In 2011 he resigned from both his seat and the Māori Party after criticising its coalition relationship with the National-led government. Harawira formed the Mana Party, and as its candidate he regained his Te Tai Tokerau seat in the subsequent by-election. He lost the seat to Labour's Kelvin Davis in 2014 and as a result Mana was out of Parliament.