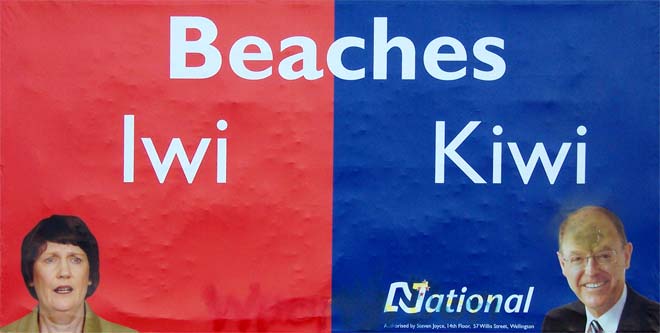 National's populist streak is highlighted in this 2005 election billboard. The party's election strategists tried to exploit anxiety among conservative Pākehā voters that Helen Clark's Labour-led government were privileging Māori at their expense. The billboard suggests that a re-elected Labour government would give the nation's beaches to Māori, but under a National government led by Don Brash the beaches would remain open to all New Zealanders. National lost the election and Brash was replaced as leader by the more moderate John Key.