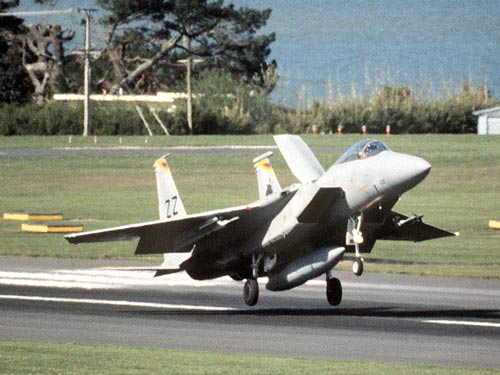 An F-15A Eagle aircraft lands at Whenuapai air base during a joint exercise between Australia, New Zealand and the United States in 1984. The 1951 ANZUS alliance between the three countries was a defensive pact in which each agreed to come to the aid of the others if they were attacked in the Pacific. After Japan's attacks on British Commonwealth territories in Asia and the Pacific during the Second World War, New Zealand had actively sought an agreement of this kind with the US. A push towards non-alignment from the late 1960s, combined with the growing anti-nuclear movement, resulted in the breakdown of the alliance in 1986. The dispute between New Zealand and the United States formally ended in 2010.