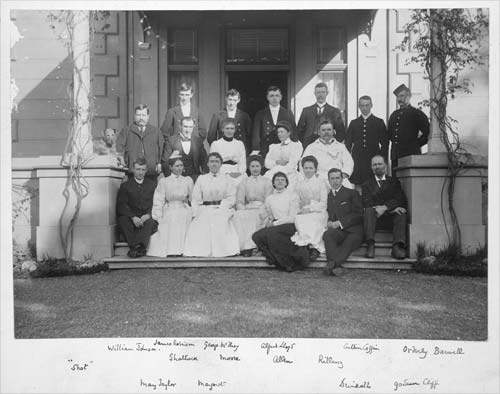 From the 1890s until the late 1940s, 15 to 20 domestic staff normally accompanied British governors to New Zealand. For Governor Ranfurly’s servants – seen here at Government House, Auckland, in 1903 – it might have seemed like a five-year exile. Some took jobs or spouses in the colony, but the ones who wanted to return to loved ones back home had to serve out their term, since few had the money for a return passage. The man at the right of the back row was an orderly provided by the New Zealand government.

Fergussons with their senior staff