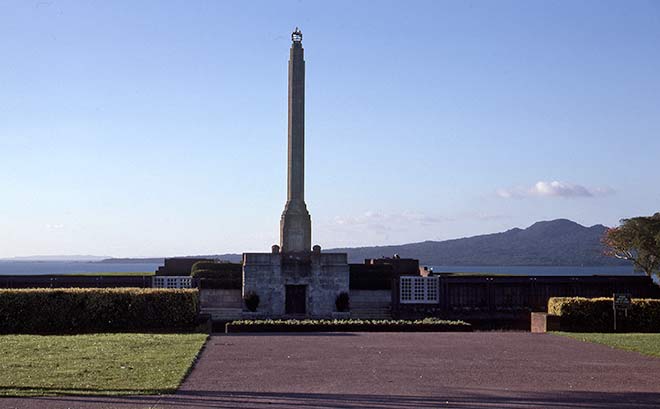 Like Richard Seddon and William Massey, Prime Minister Michael Joseph Savage died in office (in March 1940). Like Massey, Savage was buried in a gun bunker originally built for the 1885 Russian scare. It was decided to erect a memorial above his grave at Bastion Point, Auckland. A competition was held and was won by two Auckland architects, Tibor Donner and Anthony Bartlett. The design had a garden, a reflecting pool and the statue of a worker. The pool and garden were built, but the worker was seen as too divisive a symbol. Instead, sculptor Richard Gross provided a design for a tall obelisk. On the side facing the pool was a figure symbolic of love and justice, while facing the sea was a portrait of Savage surrounded by flowers. Above were the words 'He loved his fellow men', and, below, 'There is no fame to rise above the crowning honour of a people's love.'