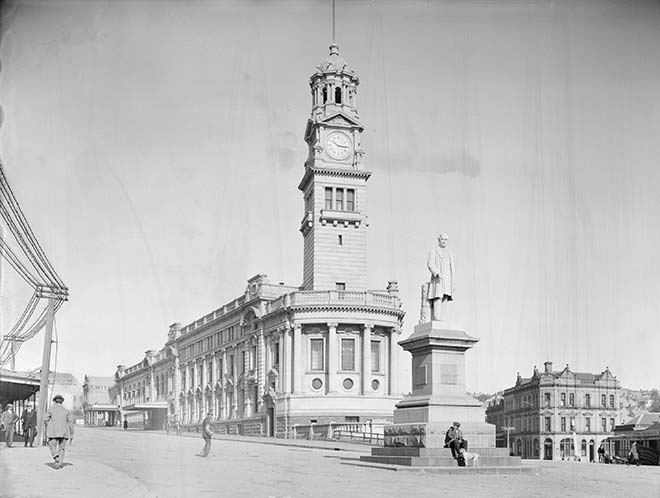 A memorial to Sir George Grey – seen here in 1912 – was unveiled at the junction of Queen Street and Grey's Avenue in 1904. In 1922 the statue was declared a traffic hazard and was moved to Albert Park. The sculptor was Francis John Williamson, a London artist, who was also responsible for Auckland's Queen Victoria statue. Proposals for a memorial in honour of Grey had begun in 1894 when he was still alive. Following his death there was a widespread desire to honour a man regarded as one of the colony's 'great men'. The government contributed £1,000 (more than $163,000 in 2011 terms) towards the monument's cost. A Waitangi Day protest in 1987 saw the statue's head broken off, but it was later replaced.