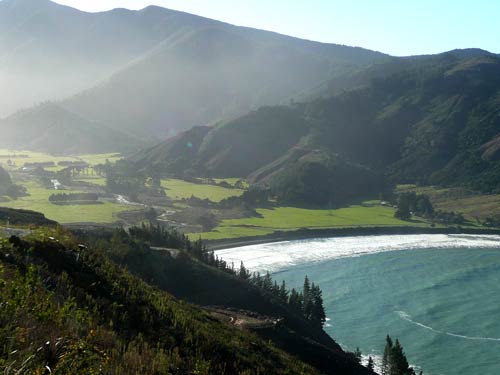 Probably named after a sailing ship, Robin Hood Bay faces onto Cloudy Bay, with the Robertson Range at its back. At some point the bay had an extensive Māori population, as indicated by the remains of stone and earth walls on the flats, where kūmara (sweet potato) was cultivated. Sheep farms were subsequently established and there is now also plantation forestry on the hillsides above the bay. A small cottage in the bay was probably built by a whaler around 1848. Between 1886 and 1918 it was one of a number of buildings which formed part of a small boys’ boarding school; it later had a number of other uses.