Dancing at the community centre 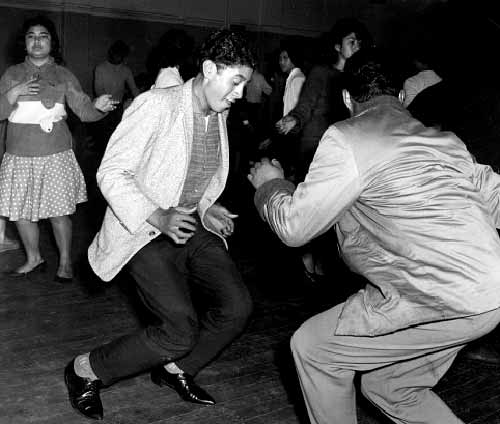 The Auckland Māori Community Centre in inner-city Freemans Bay opened in 1948 as a pan-tribal Māori social and cultural centre. It provided a place for recently urbanised Māori to meet other new arrivals and receive support in adjusting to urban life. The centre put on a mix of informal and formal events, such as dances (shown here in the early 1960s), hui (meetings) and tangi (funerals). Its role was eventually supplanted in the 1970s by new urban marae, closer to where Māori lived in suburban Auckland.

Permission of Archives New Zealand Te Rua Mahara o te Kāwanatanga must be obtained before any re-use of this material.