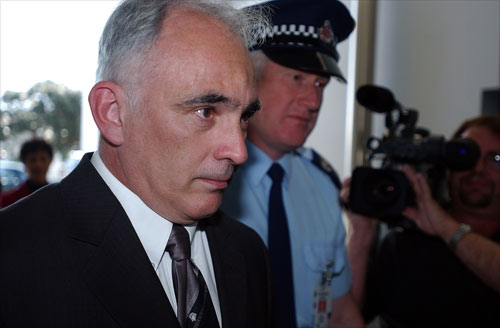 Canadian John Davy, appointed as the first head of Māori Television, is seen here being deported in August 2002. Davy was sentenced to eight months in jail for falsifying information on his CV. He served 13 weeks. His MBA from Ashland School of Business at Denver State University was a fake credential sold over the internet. No basic background check, which would have revealed his con, was carried out.

In 2010 Davy was quoted as saying that Mary Anne Thompson, the former head of the Immigration Service, got off lightly for falsely claiming to hold a doctorate from the London School of Economics – she was sentenced to 100 hours of community service and fined $10,000.