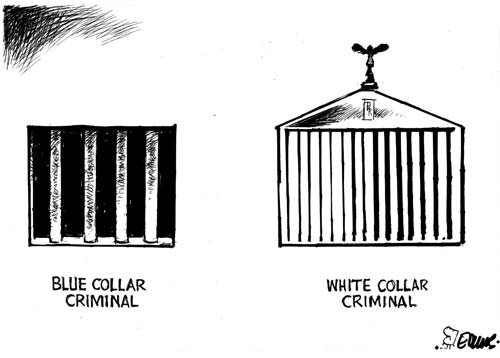 This 2001 Malcolm Evans cartoon plays on the commonly held perception that blue-collar criminals are caught and sentenced to jail (behind prison bars), while white-collar criminals often get away with their crimes, and accumulate wealth (symbolised by this grille of a Rolls Royce). In the early 2000s there was some evidence to show judges were taking a harsher sentencing approach to those found guilty of white-collar crimes by imposing lengthy minimum non-parole periods.