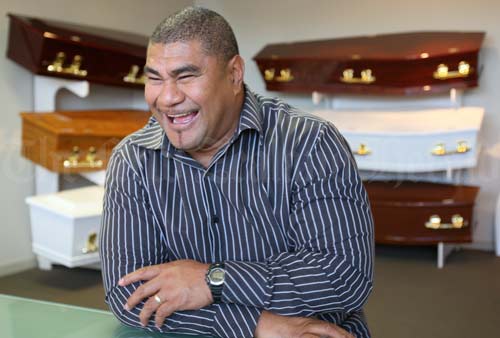 Va'aiga Lealugu Tuigamala, once known as Inga the Winger, was a well-known All Black and rugby league player. He became a funeral director after retiring from rugby. This career choice was prompted by the death of 10 of his friends in 2003. Tuigamala ran a funeral company, Tuigamala & Sons, in West Auckland, and organised the funeral of the late king of Tonga, Taufa'ahau Tupou IV.

Do you have a company in

Do you have a company in Samoa,making head stone please,