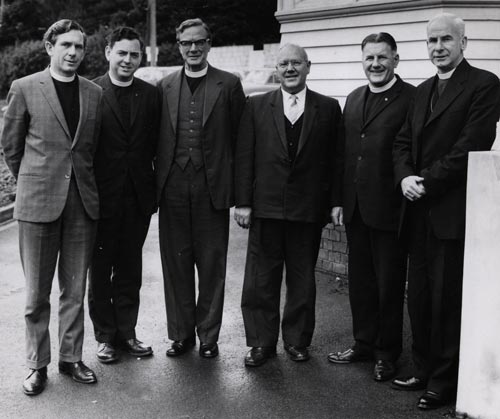 Senior figures from a range of Protestant denominations gathered in Wellington in August 1965 to advance their plans for greater cooperation. A Joint Standing Committee on Church Union had been set up in 1950 to discuss shared use of church buildings and other facilities. At this 1965 meeting a Joint Commission on Church Union was formed. This later became the Uniting Congregations of Aotearoa New Zealand, which in 2018 administered 124 union or cooperating parishes, shared by two or more denominations.