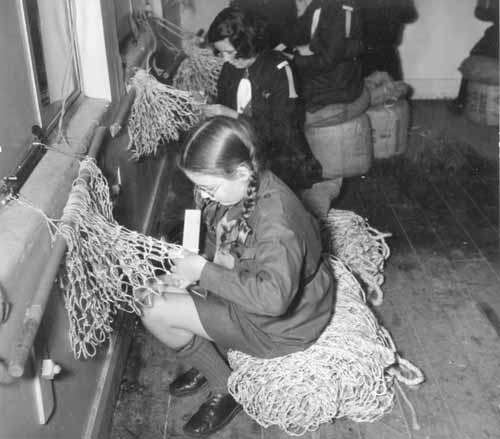 During the Second World War, Girl Guides assisted the war effort by making more than 3,000 camouflage nets for the New Zealand Army. They also gave donations to New Zealand and British forces, and to civilians. For example, in 1940 clothing, blankets and other gifts were sent to Finland following its  invasion by the Soviet Union. Guides also knitted socks, pullovers, balaclavas and scarves for merchant navy seamen.

Queen Elizabeth II and the Duke of Edinburgh