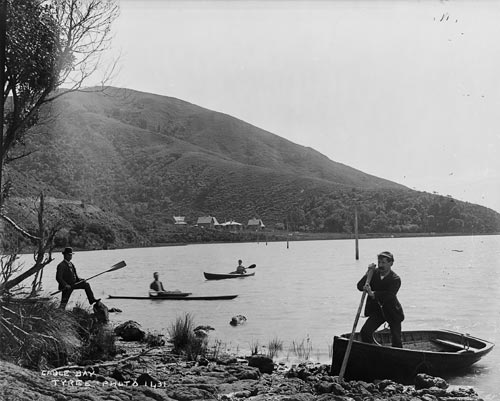 The first telegraph cable from Australia to New Zealand came ashore at Cable Bay, just north of Nelson. It opened for public business on 21 February 1876, when 54 telegrams were received and 93 sent. The following day direct cable news from Britain appeared for the first time in New Zealand newspapers. The cable remained New Zealand’s sole international telecommunications link until 1902.