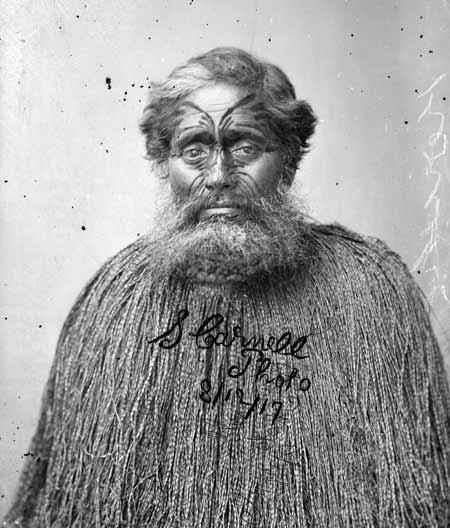 Suspected of spying by Te Whakatōhea, the German missionary Carl Völkner was murdered by Kereopa Te Rau at Ōpōtiki on 2 March 1865. For five years Kereopa was sheltered from government forces by Tūhoe deep in the Urewera. In 1871, with government kūpapa forces (tribes loyal to the Crown) harrying the tribe, Tūhoe gave up Kereopa. He was then tried and hanged in Napier.