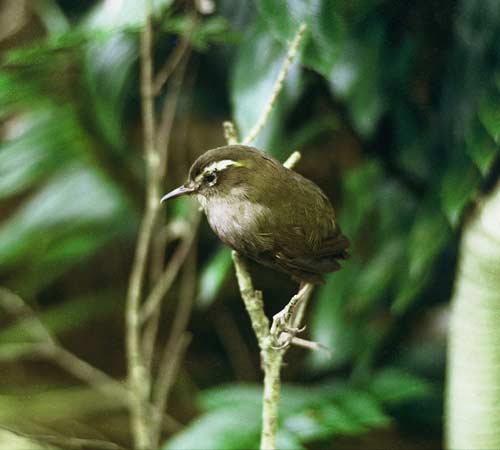 This photograph of the extinct bush wren (Xenicus longipes), also known as mātuhi, was taken on Big South Cape Island in 1964. The bush wren was endemic to the three main islands of New Zealand. It was last recorded in the North Island in 1955, in the South Island in 1968, and on Stewart Island in 1972. In the South Island it lived in dense mountain forests, while on offshore islands it was found in coastal forests. Introduced cats and rats undoubtedly brought about its decline. Like many extinct New Zealand birds, the wrens were ground nesters, weak fliers and had no defences against predatory mammals. Many surviving native bird species suffer from these disadvantages.