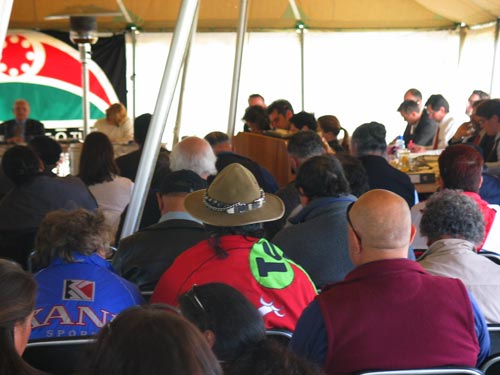 In 1975 the government acknowledged that the terms of the Treaty of Waitangi had not always been honoured, and set up the Waitangi Tribunal to hear Māori claims arising from alleged breaches. The tribunal could initially consider only claims arising after 1975. Later it was given power to look into any breaches occurring after 1840. Since then it has heard a large number of claims from different tribes. This hearing, held at Waikaremoana, involved a Tūhoe claim. After a hearing, the tribunal issues a report which becomes the basis for a negotiated settlement between the government and the tribe concerned.