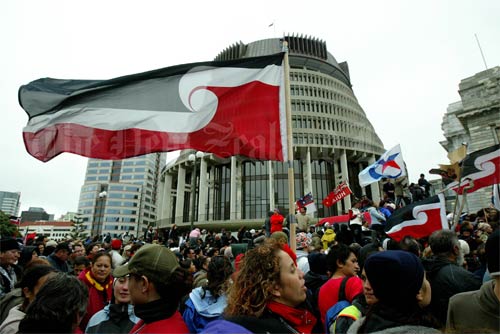 The meaning and significance of the different articles of the Treaty of Waitangi are still debated. The two versions of the treaty – in English and in Māori – have complicated the debate. Some Māori dispute that sovereignty was ever ceded to Britain; others argue that the terms of the treaty have not been honoured. Māori discontent about breaches of the treaty was expressed through a hīkoi (march) to Wellington when these flags symbolising tino rangatiratanga (Māori sovereignty) were raised outside Parliament.