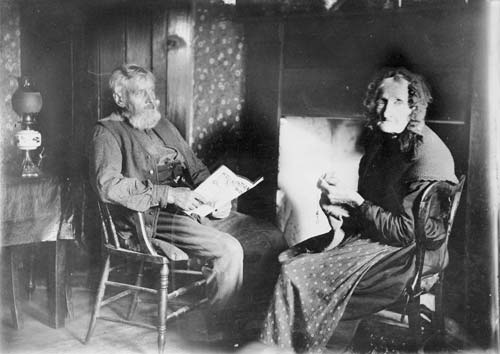 This photograph was one of a series taken by Auckland photographer Enos Silvanus Pegler after the passing of the Old Age Pensions Act 1898. While the pension was welcomed by many elderly people who were previously dependent on the Charitable Aids Boards in their local districts, it was less than a third of the average wage for male factory workers. Pensioners often still struggled to meet the costs of rent and food.