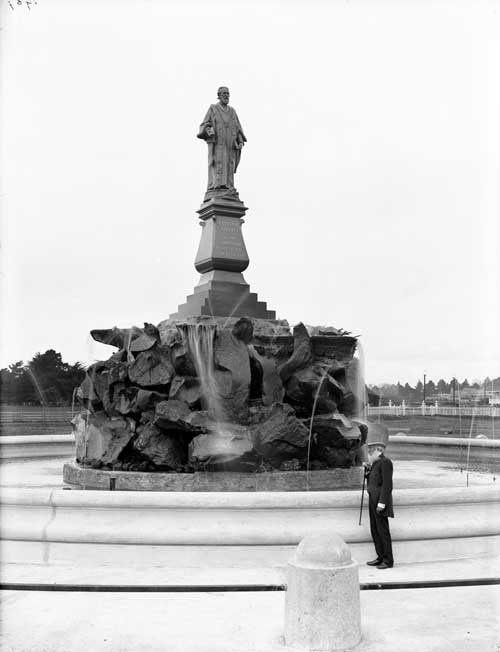 John Logan Campbell, like David Nathan, established himself as an Auckland merchant in the 1840s. His firm Brown and Campbell were general merchants, auctioneers, shipping and commission agents, and land speculators. By the 1880s Campbell was involved in brewing and liquor imports. He was seen as the patriarch of early Auckland – more than just a business figure. Here he stands in front of a statue of himself at Cornwall Park, Auckland between 1906 and 1912. He had gifted the park to the people of the city.