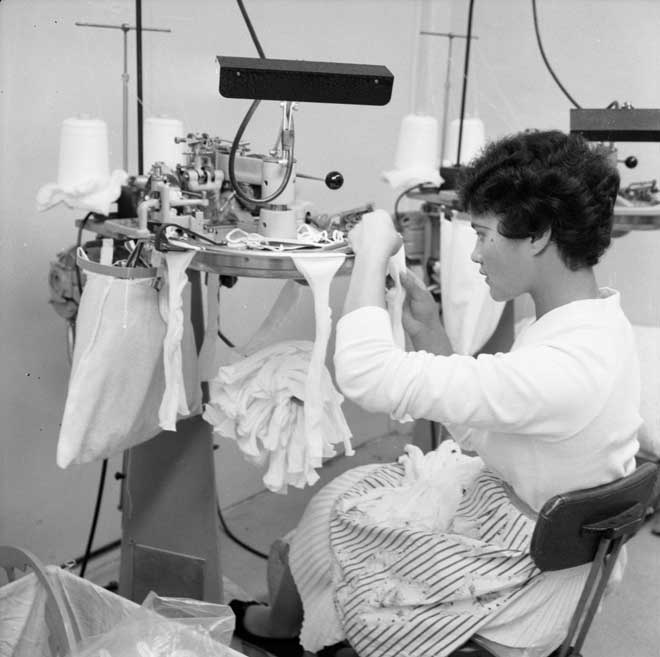 After the Second World War industry began to develop in the small towns around New Zealand’s cities. This 1960 photograph shows Louie Kuiti at work on the sock machine at Levin clothing manufacturer Lanes. In the post-war years Levin became a flourishing small industrial centre, with textile, clothing, carpet, furniture, paper product, confectionery, brushware and caravan manufacturing businesses. The government, then providing industrial zones in city suburbs and fringes, saw it as positive that industry was spreading beyond the cities. The labour shortage was acute; by going to areas where labour was not in such short supply, manufacturers could continue to expand.