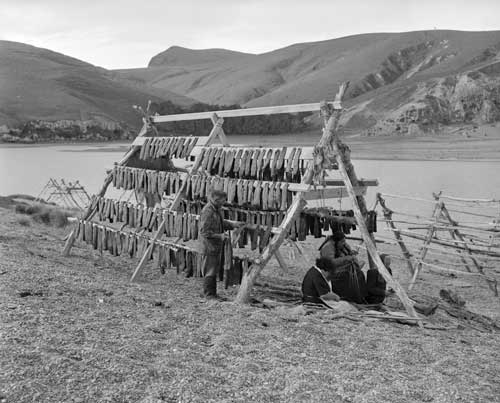 There are two species of freshwater eel, which were an important part of the Māori diet before European settlement. In the South Island, eels were abundant in neighbouring lakes, Wairewa and Te Waihora (later known as Lakes Forsyth and Ellesmere). Māori continued to catch eels even after development had affected their traditional eeling grounds. Here, eels are being dried to preserve them. The photograph was taken in 1948 near the outlet of Wairewa, where eels are still caught and dried.