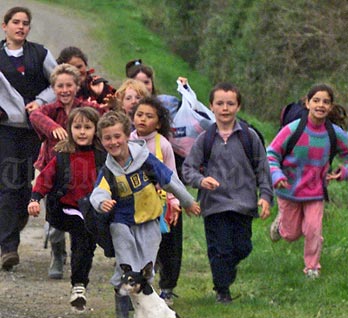 With a high proportion of foreign-born people, New Zealand in the 21st century is a multicultural nation. Asians, Pacific Islanders, Europeans and others from around the world have formed this new society, concentrated in Auckland. It’s a dramatic change for a country whose founding cultures were Māori and British, but this heritage remains a distinctive thread in an evolving story.

The people of New Zealand

There are more than 4 million people in New Zealand. In 2006, 67% were of European descent – their ancestors came mostly from England, Scotland or Ireland. Among the other 19th-century settlers were Scandinavians, Chinese, Indians and Italians. Today there are large communities of Pacific Islanders and Asians.

Over half a million New Zealanders are of Māori ancestry. They have a special place as tangata whenua – the first people of the land. Māori originally came by canoe from Polynesia, probably in the 1200s.

More New Zealanders (and 90% of all Māori) live in the North Island rather than the South. Auckland, the biggest city, is where most Pacific Islanders, Asians and new immigrants have settled. The other main centres are Hamilton, Wellington (the capital), Christchurch and Dunedin.

Fewer New Zealanders are getting married than in the past, and they are having smaller families. The number of children being raised by single parents has risen. Family is important to most New Zealanders, and so is owning a home.

The government pays for hospitals, schools and universities so that New Zealanders can enjoy good health and are well educated. All New Zealand children have to go to school from age 6 to 16, but most start at age 5.

The most common religion is Christianity.

In New Zealand’s multicultural society, European and Māori traditions mingle with those from the Pacific Islands, Asia, and beyond. New immigrants have brought a wide range of cuisines, languages and customs, and American and global culture can be seen in everything from cell phones to street wear.

Print the full story
Next: Page 1. The people of New Zealand Next