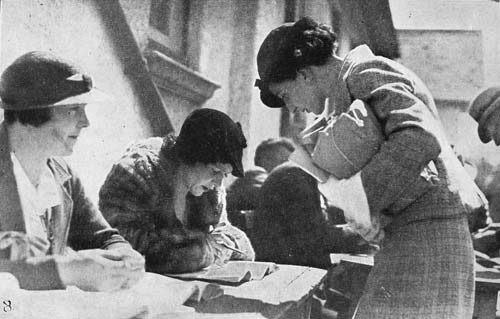 Giving women the vote did not, as some of its opponents predicted, upset New Zealand’s political system. Although women had the vote from 1893 it was not until 1933 that a woman became a member of Parliament, and it was only in 1947 that a woman sat at the cabinet table. This young woman is casting her first vote in the 1935 general election, which returned the first Labour government to power.

Voting in the 1996 election