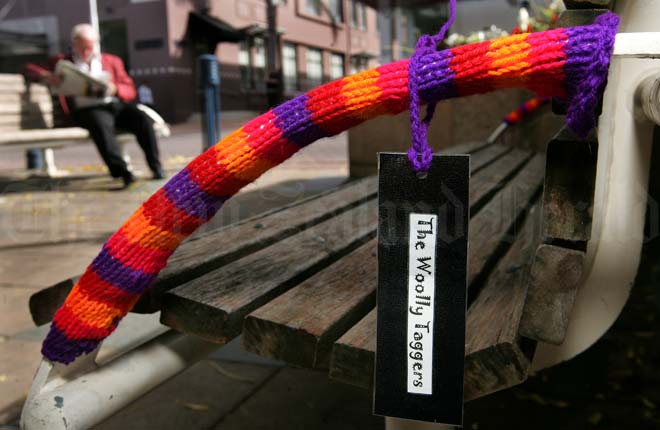 An unusual form of graffiti to appear in some New Zealand cities in the early 2000s was ‘woollen tagging’ (also known as guerrilla knitting), where pieces of knitting were attached to seats, tree trunks and other objects. The phenomenon coincided with the resurgence in popularity of crafts like knitting. This piece, done by a group called the Woolly Taggers in Tauranga in 2009, also makes a political statement. The leaflet attached to the knitted sleeve refers to the 2008 killing of young tagger Pihema Cameron and asks if private property is more important than human life.