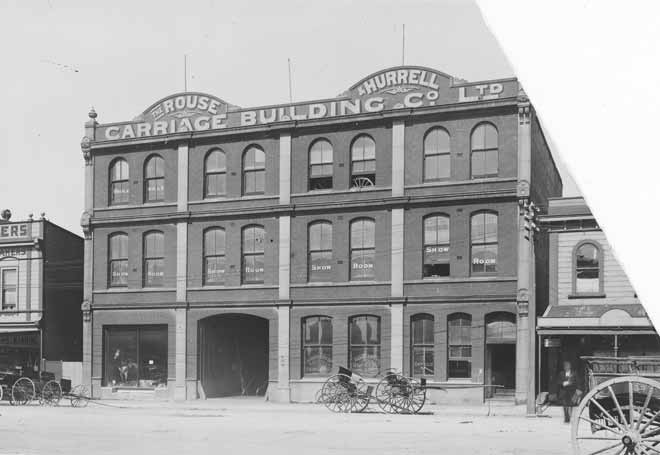 Building carriages and coaches was a major business, as suggested by the size of the premises of this manufacturer in Courtenay Place, Wellington, around 1902. Coachbuilders faced a major challenge with the advent of the motor car. Many firms began to assemble motor vehicles from imported parts. Rouse and Hurrell began importing Model T Fords in 1908, and sold all its coach-building equipment and stock in 1910. By 1911 it had changed its name to the Colonial Motor Company and its showrooms featured cars, not carriages.