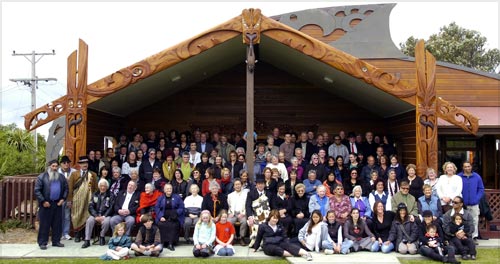 In late 2007 carvings by James York, Ross Hemera and Jenny Rendell, all of Ngāi Tahu, were unveiled at the redeveloped Puketeraki marae, just south of Karitāne. A large gathering assembled for the occasion. Some months later a carved entranceway was completed.