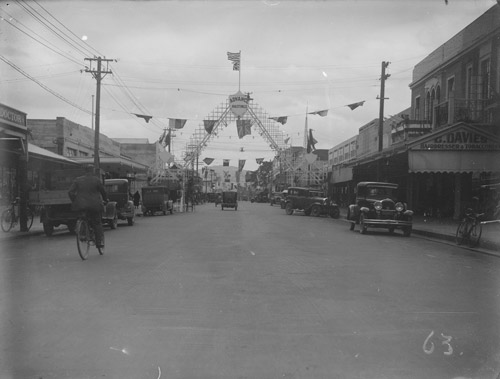 Many towns and cities had progress groups run by community members, usually prominent businessmen. These groups were particularly active from the early 20th century. The Hastings Progress League involved itself in all sorts of activities, including Carnival Week. This is Heretaunga St dressed in flags and arches during the 1923 carnival. It commemorated the town’s 50th anniversary, which was the kind of date boosters latched on to as indicators of progress and success.