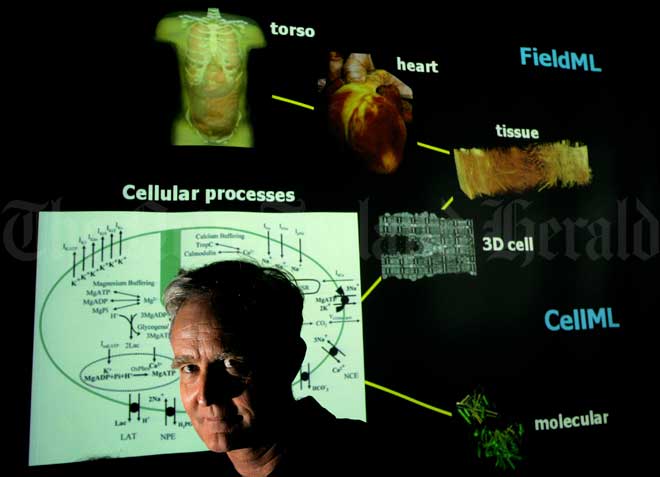 Bioengineer Peter Hunter leads a collaborative effort to build a model of the human physiological state and its functions (known as the human physiome). The working of cells, tissues and organs are measured and modelled. Hunter began working on the human physiome in 1971, while at Auckland University’s department of theoretical and applied mechanics. In 2001, Hunter and others formed the university’s bioengineering institute.