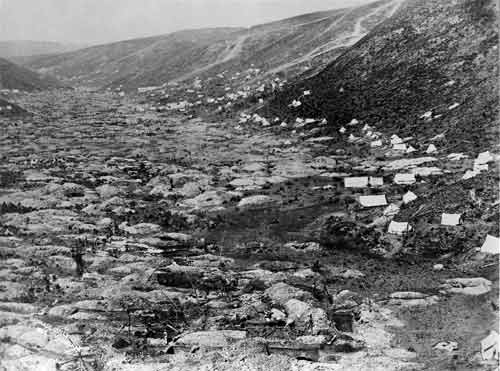 In May 1861 Gabriel Read found gold in Otago, and by early the following year (when this photo was taken), there were perhaps 14,000 miners on the field. Many were locals, but they were joined by numbers from Australia, and eventually from England, Scotland and Ireland.