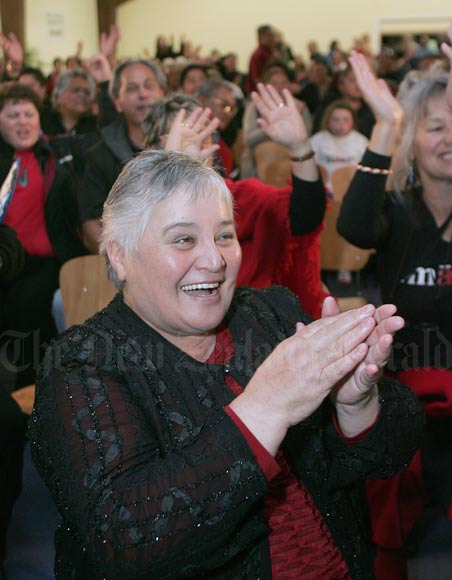 Tariana Turia is affiliated with all the Whanganui region’s main tribes. She entered Parliament as a list MP for the Labour Party in 1996, then held the Māori seat of Te Tai Hauāuru from 2002. Differences with the Labour leadership, particularly over their proposed law on ownership of the foreshore and seabed, led to her resigning then winning the seat again as an independent in 2004. She is pictured here at Whangaehu marae in 2005, as election results are announced. Turia won Te Tai Hauāuru again, this time as co-leader of the Māori Party, which she had helped found.