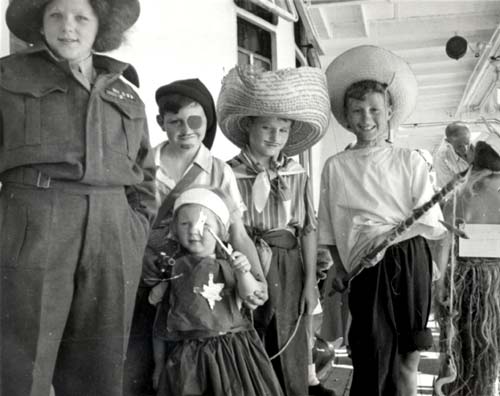 War provided reasons for migration to New Zealand from England. After the First World War a number of English war brides and former English soldiers were given free passages. After the Second World War more war brides came. Some of them came out with their Kiwi husbands, leaving their children behind. This photo shows five of these children who came out from England two years later, in 1947, to join their English mothers. They are dressed up for the ‘crossing the line’ ceremony.