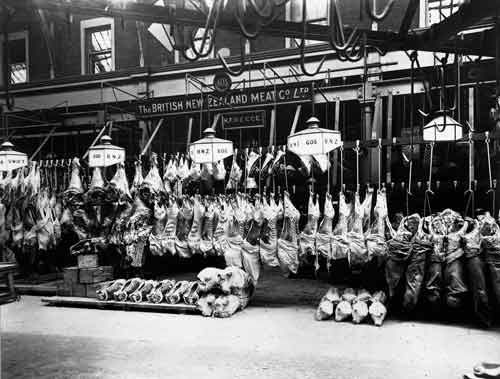 The first shipment of frozen meat to Britain in 1882 promised to create a profitable industry for New Zealand farmers. However, it was not until the mid-1890s, when transport costs fell and meat prices lifted, that the industry became profitable. These frozen carcasses are hanging up outside the British New Zealand Meat Company, in Christchurch, in the early 20th century. At the time, the export of frozen meat, as well as butter and cheese, had created an economic boom.